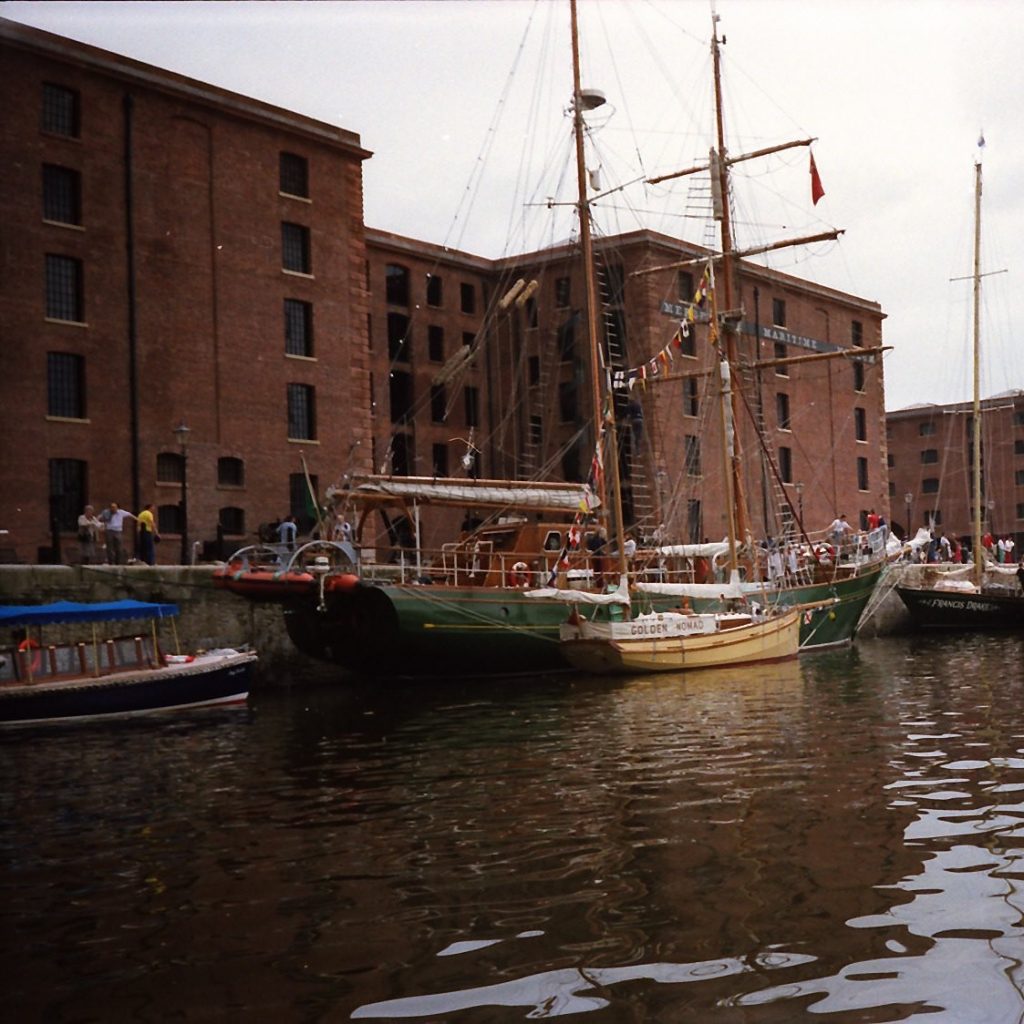 Here are some photos taken on the day of the Liverpool Nobby Race in 1987 – “Nobby” is the local name for the Morecambe Bay Prawner. Our Nobby, Freda, is the black one with tan mainsail numbered 8. In the background of two of these pictures you will see a passenger launch with barley twist posts holding up a blue canopied roof. This is the Mary Elizabeth commissioned by the Liverpool Maritime Museum and built on a similar hull by Eric for passenger trips around the docks. She was later used to transport The Prince of Wales, Prince Charles, on his tour of the Albert Dock in Liverpool when he re-opened both the Albert Dock and the Tate Gallery of Modern Art in 1988. She was subsequently referred to by some as the “Royal Barge”!